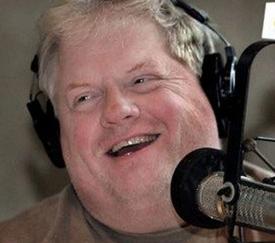 Like his father John, Jarett Andretti has competed at many levels of auto racing, and has earned championships in go-karts, the USAC Eastern Ignite Pavement Midget Series, the 410 Sprint Car division at the Lawrenceburg Speedway and is also an Indiana Sprint Car Series champion.  In addition, Jarett was the 2014 USAC National Sprint Car Rookie of The Year and a former Rookie of The Year at the Oswego Speedway in the supermodified class. Andretti continued his career racing full time in the Pirelli GT4 America Sprint & Sprint X series in 2019 & 2020, culminating in a Sprint X Silver Class Championship win at Indianapolis Motor Speedway in October 2020. Jarett continues his driving development in 2021 by joining the IMSA Prototype challenge, and piloting an LMP3, and continuing to race Sprint cars!

The word “versatile” fit second generation driver John Andretti very well; in fact, Andretti almost redefined the word itself.  A driver since the age of nine, Andretti has been behind the wheel of almost everything with four wheels underneath it, a few with two wheels and a couple with treads and runners.  Starting in sanctioned go-kart racing, Andretti made his mark in all forms of auto racing - from USAC midgets to 300-plus miles per hour NHRA Top Fuel Dragsters, also with wins in top series IndyCar and NASCAR. Sadly, John passed away in 2020 after a long battle with colon cancer.

Founded in 1997, the Race 4 Riley is a group of dedicated individuals, who are all committed to one thing... raising money for the Kids at Riley Hospital for Children in Indianapolis, Indiana.

Started by a couple long-time friends and their love for all things racing, the first kart race raised over $4,000 for the kids at Riley. Since then, co-founders John Andretti and Dave Wilson worked tirelessly for more than 20 years to build the Race for Riley team and series of events, so they can continue to give back to a place that is special to all Hoosiers. To date the Race for Riley team and countless sponsors along the way, have raised over $5 Million dollars for the kids who need it the most, the patients at Riley Hospital for Children.

In the many years since the first kart race, the Race for Riley has grown to several events throughout the year. Additionally, and most importantly, EVERY SINGLE DOLLAR raised by the Race for Riley goes DIRECTLY to the Riley Children's Foundation... 100%! All event costs and expenses are paid for by individuals, NOT by the donations collected!

Want to meet some of the Race for Riley Team? Check them out here:

About RACE FOR RILEY 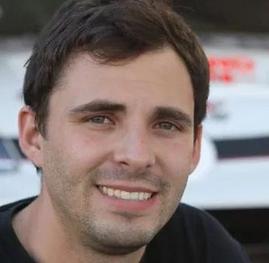 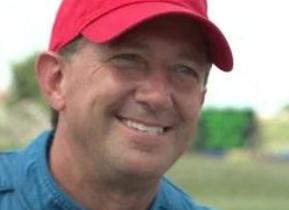 "Big" Joe doesn't look like your typical radio personality. At 6 feet 5 inches and 300 pounds, he dwarfs most people in broadcasting. Understandable considering after graduating from Ohio State University, Staysniak played six seasons in the National Football League as an offensive lineman, including three with the Indianapolis Colts. As co-host of The Fan Morning Show with Jeff & Big Joe from 7 a.m. to 10 a.m. weekdays on Indianapolis radio 107.5 & 1070 The Fan, as well as sports reporter on 93.1 WIBC, he also has the voice and outsized personality to match his dimensions.

Dave "The King" Wilson is the former afternoon host on WIBC from 1995 to early 2009. He is a former stand-up comedian who spent 11 years traveling the world doing a stand-up routine at clubs and on Showtime. He gained his broadcast experience portraying "The King" on the Bob & Tom Show for 12 years. But, Dave's radio work isn't limited to comedy. He's a life long racing fan, who enhances WIBC's coverage of the Indianapolis 500 and Brickyard 400. He is an Indianapolis native who grew up in the shadow of the Indianapolis Motor Speedway. 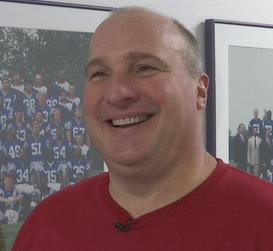